When you think of wedding music, you probably think of a single song: Wagner’s “Here Comes the Bride.” This is the most common piece of music played at weddings, and perhaps, one of the most recognizable bits of music anywhere in the world. However, it is not the only song appropriate for weddings! Several other songs can be used at various points throughout the ceremony, including during the processional, the recessional and as background music. 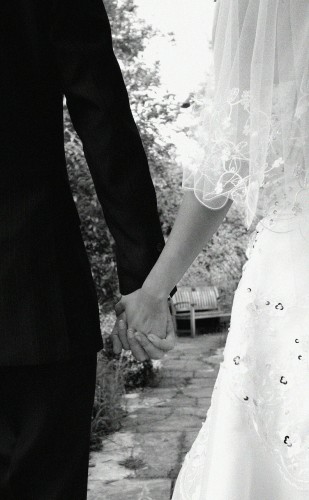 Some of the most popular songs for the march of the bride include Canon in D by Johan Pachelbel, “Jesu, Joy of Man’s Desiring” by Bach, and “A Midsummer Night’s Dream, Op. 61” by Mendelssohn. It is commonly said that the classical composers were more in tune with the hearts of people than musicians are today, and the popularity of their music for weddings seems to indicate the truth behind that.

There has been a recent trend of people avoiding traditional music, and there is nothing wrong with that. For those who want a more contemporary wedding, they might consider “At Last” by Etta James, or perhaps “What a Wonderful World” by Louis Armstrong. Not only are these tunes upbeat and beautiful, they also convey the sort of emotion you would expect to find at a wedding.

Of course, there is also the issue of the music to play during a father/daughter dance. There are a seemingly endless number to choose some, but some of the most popular include Nancy Sinatra’s “It’s for My Dad,” Tom Petty’s “Wildflowers,” and Springsteen’s “When You Need Me.” Do not be afraid to let the sentiment hang heavy; that’s what this dance is about. It’s a symbolic time for the father to give away his daughter to another man, and it’s tough for many dads to do. Choosing the right song can help him explain feelings he may not know how to say.When it comes to the reception, however, the music is an entirely different beast. At the reception, the music should be upbeat and hopping. Keeping the guests energized is the order of the day! This can be done by hiring an effective wedding DJ, but finding a great DJ can be tough. Do your research beforehand so that you do not find Aunt Edna falling asleep in her seat. Trust me – it happens.

Music is one of the most unexplainable things in the world. While it is nothing more than a series of sounds, it is able to evoke emotions in people like nothing else can. Choosing the proper wedding ceremony music can make or break the ceremony for people, and great music will take your wedding from ‘pretty’ to ‘the most beautiful event in this century.’

During the service, do not allow the music to wane. Keep something going in the background at all times, even if it is more subdued; the effect of silence at a wedding is striking.

Newsletter
Popular Posts
We use cookies to ensure that we give you the best experience on our website. If you continue to use this site we will assume that you are happy with it.Ok